ASV Scans – Two of the most ambiguous points explained. 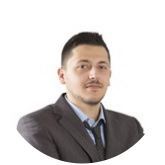 Find me on:
LinkedIn

If you have found your way to this article, then likely you have to satisfy the following PCI DSS requirement (current PCI DSS version standard is 3.2.1):

Quarterly external vulnerability scanning must be performed by a PCI SSC Approved Scanning Vendor (ASV). This is because external networks, which are part of the PCI DSS scope, are exposed to a greater risk of compromise by malicious users (greater probability of attacks, greater number of potential attackers, etc.). So, a strong scanning program ensures you can address security vulnerabilities in a timely manner.

Obtaining ASV PASS scans on a quarterly basis in the right way is one of the most pressing and worrisome obligations that a PCI DSS compliance entity has to accomplish. There are several ambiguous points which can cause mistakes and confusion. We’ve outlined the two most common ones here.

External targets of an entity can be reached from public source IPs. In some cases from any IP , but more often than not only from specific IP addresses. If that’s the case, the ASV scan could result in: FAIL ASV scan (e.g. due to scan interferences), incomplete ASV scan (e.g. due to host(s) detected as not alive), etc.

So, should the scanned entity whitelist ASV scanner IPs? 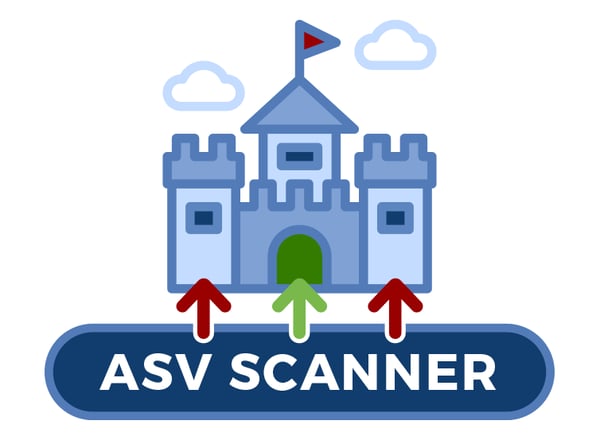 The response isn’t just a Yes or No.

ASV scanners must be allowed to perform scanning without interference from “active protection systems”. “Active” here means security systems that dynamically modify their behavior based on information gathered from non-attack network traffic patterns. These systems include IPS, WAF, QoS, and even Firewalls that block IP addresses upon detection of a port scan (not static rules).

What about Firewalls and their static rule?

In general, static rules on network devices don’t need to be changed in order to perform an ASV scan in a PCI DSS compliant way.

If ‘host not alive’ or ‘scan interference’ issues persist after whitelisting the ASV scanner IPs on active protection systems, a solution exists. Then the configuration of the ASV scan and devices can be performed in a way that the host is found as alive and without any interferences. This usually can be done with scan/device temporary settings, which include:

Quarterly ASV scans and Remediation scans – When and Why

It’s important to understand what a quarter is. By definition, a quarter refers to the division of a year into four equal parts. So, the following are all valid ASV scan quarters in a 12-month period:

The first quarter is the quarter in which an entity performs the first ASV scan.

A PCI DSS compliant entity has to obtain 4 PASS ASV scans on a quarterly basis. This means that if your ASV scan results in a FAIL, you will have to perform the relevant remediation ASV scan in the same quarter of the failed ASV scan until a pass scan is achieved.

Let’s see an example to clarify. Consider we have the following quarters: 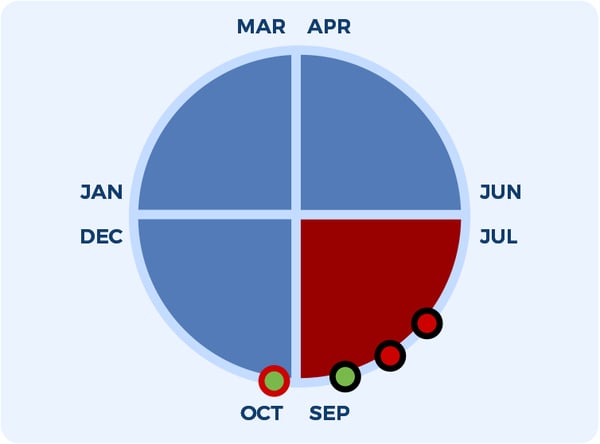 The current ASV scan quarter is in red (Jul-Sep) and:

For any entity wishing to become or maintain their PCI DSS compliance and certification, it’s important that they understand PCI DSS standards, guidelines and best practices. This is in addition to understanding each related industry standard and its best practice. Yet, this will not be enough. Experience gained from encountering and solving issues is invaluable. It outlines each step an entity has to perform to reach PCI DSS compliance.

Advantio has been recognized as Europe’s second largest QSA provider by VISA. Our security team’s certifications include PCI QSA, PA DSS, ISO/IEC 27001 Lead Auditor, CISSP, CISA, CISM, OSSTMM and CSSLP. Our PCI DSS experts are highly skilled and always up to date when it comes to the new versions of PCI DSS standards.

Contact us if you need help or consultation on ASV scans.

Trust Advantio and you will be trusted